Why Paris is great, and other such problems


Seriously, have you seen a more beautiful city?  I haven't, and I've traveled the world.  Ok, you're right, I've seen almost none of Europe.  But still.


My oh my the pastries!  I love baking, and there are certain things I can't find here that I make myself, but for the most part, the pastries here can't be beat.  There are bakeries everywhere and it's hard to get a bad croissant at a neighborhood bakery.  I have really great, really evil friends, one in particular, who always brings me a box of these macaroons.  They are deadly good, and unfortunately not from Paris bakery... or fortunately, depending on how you look at it.
I think my next project will be trying pastries from all the well known patisseries in Paris.  I started with Sebastien Gaudard.  I will continue from there, and let you know how it goes.

There are so many shoes here.  All styles, all comforts, all colors, all shades.  It's shoe heaven.  And I love shoes almost as much as I love food. 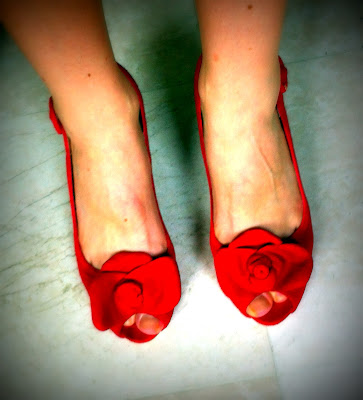 We had the pleasure of attending this lovely neighborhood party.  An old railroad track was converted to a community garden, and the city organizes a weekend of free music for residents.  Soul funk french music! 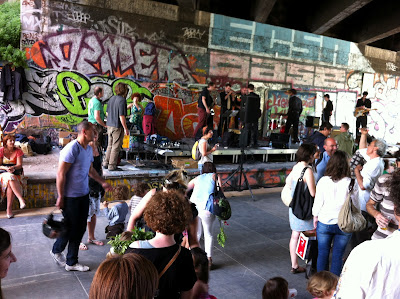 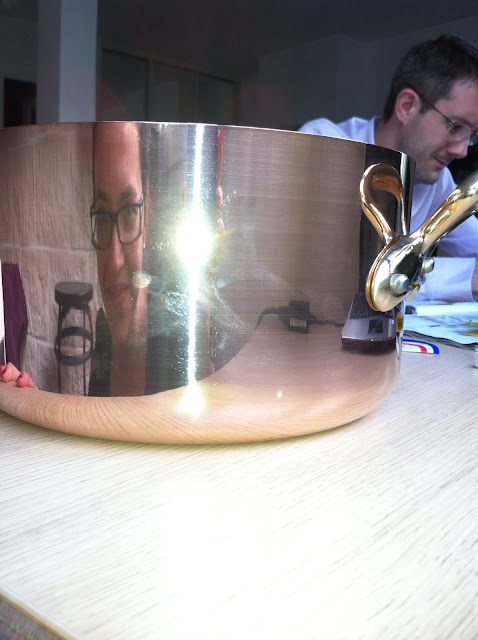 Despite the outward seriousness of most Parisian residents, there seem to be a few funny ones.  We found this on our treasure hunt tour of the 9th arrondissement.  Someone has apparently lost their flying shark. If you see their Sharky, please contact the email address below. 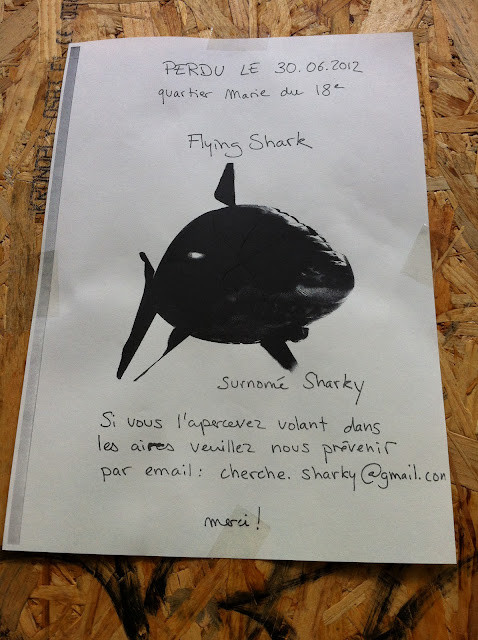 Everything is written on old beautiful chalkboards.  Still.  I haven't tried this place, but it was too adorable to not post. 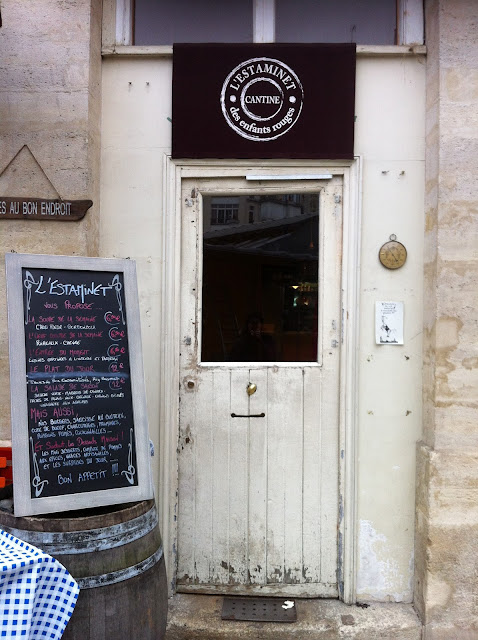 This, plus a small green salad, is a perfectly acceptable lunch! 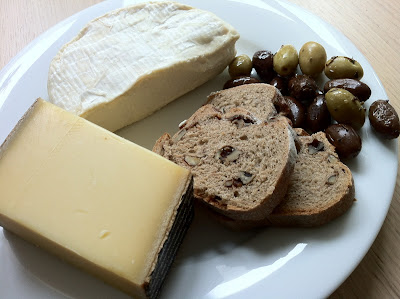 Now that I've told you about some of the awesome things in Paris, I can tell you about the not so awesome stuff.  Holy mother of god, I have no idea how anyone gets anything done in this town.
Our toilet seat is broken.  No biggie, right, just go to the hardware store for another.  No, actually, it's a special toilet, made by a french genius, and there are no screws to attach the seat onto the base of the toilet.  I still have no idea how the seat will fit onto the base...  Trips 1 and 2: the hardware stores don't have a seat that doesn't screw in.  I must find the maker of the toilet.  Score, they have a store in Paris.  Trip 3: I take the 40 minute metro ride across the city to their showroom, equipt with multiple photos of the toilet and seat.  Of course, she has no idea which model is.  I must go home, measure everything, and send her an email.  It shouldn't take more than 3 days, 5 at most.  Immediate action on my part.  No response on her part, so Vince sends her an email.  Nothing.  Trip 4: Vince visits store.  Apparently the woman doesn't remember the American woman who speaks bad French asking about the toilet seat 4 days earlier, who sent an email with dimensions.  Seriously?  There are hundreds of Americans looking for French toilet seats...??  Trip 5: Vince must put a down payment on a 50 Euro toilet seat, in store.  It's been almost a month and we still don't have a toilet seat, though apparently it's on order.
I don't have a photo for you, but my closet door has been broken since we moved in.  In OCTOBER!  Some of that is because I was broken, and we had much more important things to worry about.  Obviously, Vince had to source new closet doors, take the dimensions, order them, have them delivered,  and make sure the prices were acceptable with the agent who rented us the apartment.  Not only is the agent not able to do any of that, he doesn't respond to emails, phone calls, text messages etc.  For WEEKS.  After all necessary approvals are received and signed, the doors are delivered and ready to install, and our wonderful agent gives us the name of someone who can install them for us.  An appointment is made, Vince comes home from work early to help the guy and he doesn't show up, nor does he call, not just once, not just twice, but 3 times!  Finally, the handyman makes it over, and of course, he doesn't have any supplies to hang the closet doors.  He also can't understand the task at hand.  Vince explains it multiple times before he says he'll be back tomorrow.  Of course he doesn't show up.  Fortunately, I met someone in my french classes who works in construction, and he graciously accepts the very difficult task of hanging closet doors.  He shows up on time, above macaroons in hand, and finishes in 2 hours.
And my 'robot' aka stand mixer...  I was so so so excited to buy this for my baking adventures when I got it in December.  There's a twice a year phenomenon here in France called 'Les Soldes' - the sales.  They happen in December and July, so I got a good deal.  Of course it broke.  In May.  We also have a brand new coffee pot and lamp that are no longer functional, but those I care about less, one was free, the other was super cheap.  This robot, though on sale, was not so cheap.  It has a warranty, of course, so we have to bring it to a store in Paris, by transit, because we don't have or need a car, except for cases like this. Fortunately, it's not too far from the apartment.  They repaired it, in a week and a half.  I got it back, used it for 2 days, and guess what.  It re-broke.  So we lugged it back to the repair shop on transit, and of course, the store was closed for its annual vacation.  It's re-opened, redelivered, and is still being repaired.  Lets hope it comes back functional. 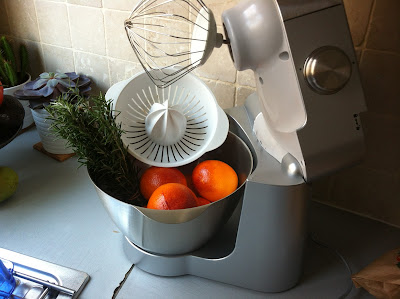 Where we were last seen

When is it again?

What we last saw